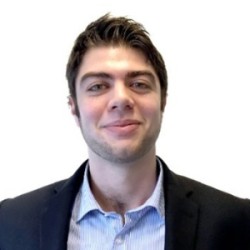 Elixir is a good language to develop fault tolerant and predictable, performant systems. However for heavy computational work it’s less suitable. How can we keep using Elixir for the things it’s good at, but achieve better performance for computational heavy work?

In this use case, we want to calculate the prime numbers in the range of 1 up to 1 million. I’d like to show off something a bit more computational intensive than a simple addition of numbers, and also show that Elixir data types map well into Rust.

The code passes a list of numbers instead of just an integer denoting the maximum, to show off that data structures such as lists also translate fine between Elixir and Rust. There are a lot more efficient algorithms available for determining prime numbers, but this approach is fine to show the performance difference.

Starting off with pure Elixir

So let’s get coding! We’ll start off with the Elixir implementation after making a new project. In this example the project is called rust_nif.

We prepend each number to the list, and reverse the list in the final result. See this section as to why we do this. Running this, the results on my machine were:

That takes quite some time. Surely we can do better.

So what are our alternatives?

We could resort to ports or NIFs, if you would want to improve this by writing it in another language. There’s a good summary of ports and nifs here: https://spin.atomicobject.com/2015/03/16/Elixir-native-interoperability-ports-vs-nifs/

We could define a separate web service, exposing an API that could handle this, in a language better suited for computation heavy tasks. We’d need to add a new service to our stack though, and also account for potential network failures and sending potentially large payloads.

Depending on the case, it would be acceptable to move this computation into a background task (we don’t need to return the immediate result to the end user). But in our scenario, this isn’t the case

A NIF looks nice at a glance, but we’d need to eliminate the risk of the NIF being able to crash the beam VM. But what if I told you that we can do that?

This is where Rust comes in. Rust is a low level language, like C, developed by Mozilla. It’s designed to provide better memory safety than C does, while also maintaining solid performance.

There’s a library which allows creating Elixir/Erlang NIF’s which make use of Rust, called rustler. One of its main features is that its safety should prevent the Beam from crashing if something unexpected happens. In the meanwhile, we get to leverage Rust’s performance in our Elixir apps when we need it!

Disclaimer: I don’t have much prior knowledge with Rust, I’m sure this code can be improved. We have to start somewhere!

We’ll go through the code piece by piece, the total solution will be posted at the end of the article.

That’ll allow us to run mix rustler.new. Let’s call our module PrimeNumbers (which will call the rust crate primenumbers by default, which is fine).

We’ll also need to add rustler as compiler in the project, and define our Rust crate.

Let’s start writing the Rust code! there will be a rust file at native/primenumbers/src/lib.rs, which looks like this currently:

The first statement imports the Encoder, Env, Error and Term types from rustler, so we can make use of them. The atoms section declares atoms which will map to Elixir’s :ok annd :error atoms, so we can provide an interface similar to Elixir.

Methods defined in the rustler::rustler_export_nifs! statement are made available to Elixir, in the PrimeNumbers module. In the example, add is exported and defined with an arity of 2.

The add function decodes the arguments that are provided, adds them together and yields them back to Elixir as {:ok, <result>}. (Although I won’t dive deeper into it, rustler makes this possible by implementing the External Term Format).

So let’s modify that so we can get us some prime numbers.

The first part remains the same, we’ll declare the ok and error atoms for use with Elixir.

We’ll register a prime_numbers method to rustler with an arity of 1 to be exported. This will be made available to Elixir.

One important addition we’ve made compared to the given example is to mark the function as being a ‘Dirty NIF’ by sending along SchedulerFlags::DirtyCpu. It’s important to mark your NIF as ‘Dirty’ if their operation will take longer than a millisecond to complete. Not doing so could result in blocking your main operation in the Beam VM, potentially causing weird side effects. More information about this behavior can be found in the Erlang documentation. (Thank you for this addition, Redmar Kerkhoff!)

We’ll define a method to determine whether a number is a prime number. It accepts the number as argument and returns a boolean.

We can use the same function signature that the example add function used (note the <’a> are lifetimes, not generics or similar).

In this case we will verify whether the first argument is a list, and stop the function and yield {:error, "No list suppled"} if it’s not.

Afterwards, we use rustler’s decode() method to convert the data type into a Vec of i64. We’ll make a mutable Vec (you need to specify mutability explicitely in Rust), and loop through the numbers to determine the prime number. If a number is determined to be a prime number, we push it into the Vec.

Glueing Elixir and Rust together

We’ll need a module in Elixir that will be the interface to the Rust code. The module name corresponds to the name known in the Rust code.

We define the OTP app we use, and the Rust crate we’re loading, and that’s it.

Now that we have both the Elixir and Rust(Elixir) versions of the code, let’s compare them on their execution speed!

Well that’s quite a lot better!

Do other people do this?

Yes! An example of a company having this setup is Discord, see Using Rust to Scale Elixir for 11 Million Concurrent Users

Let me preface the conclusion by stating you shouldn’t just introduce Rust in your Elixir stack like this because you think you’ll need it.

It’s great to see the ease in which a low level, but safe language such as Rust, can be added to our stack to overcome one of Elixir’s weaker points with relative ease.

I’m sure both implementations can be further refined. The point that I want to make is that it’s easy to resort to a more performant language when need does arise.